in Sicily on the Magnisi Peninsula

one of the most important trade centres of the age, trading products from Malta, Cyprus, Mycenae and Phoenicia

and the salt production

in Sicily on the Magnisi Peninsula

one of the most important trade centres of the age, trading products from Malta, Cyprus, Mycenae and Phoenicia

One of the first human settlements found in the area of Priolo dates to the Castelluccio culture, the late Bronze age (XVII century B.C.).

However, the most flourishing period was during the XV century B.C. (middle Bronze age) with the Thapsos culture, as the most important site in Sicily is found on the Magnisi Peninsula . Thapsos became one of the most important trade centres of the age, trading products from Malta, Cyprus, Mycenae and Phoenicia.

Many people settled in the area over the centuries, attracted by the favourable position it had which enabled control over the bay of Augusta and over the bay of Santa Panagia: Greeks, Romans, Byzantines, Arabs and Normans.

In the XIV century the territory of Priolo was divided into 4 estates: Spalla, Biggemi, Priolo and Mostringiano.

In that year, he asked the king of Sicily, Ferdinand III of Bourbon, for permission to populate the estates of Priolo with the following reasoning “… on the recognised need to establish a human settlement near the arable lands, to improve productivity and favour the general economy of the Kingdom and its social progress.”

The economy of the settlement wasn’t only based on agriculture, although the fields were very fertile given the abundance of water, but also on the saltflats, as some areas near the Magnisi Peninsula were marshy .

But one event changed the history of a small agricultural town and transformed it into a large petrochemical centre. It was in the 1950s, the years of development and economic boom in which everything seemed possible. Priolo opened its arms to the industries and the specialised workers coming from the North of Italy. Entire new neighbourhoods were born and the population grew rapidly.

It’s the period of the ‘workers’. Wealth and pollution are the two sides of the coin during the golden years of Priolo. It saw Priolo gain its autonomy as a town on the 12th of July 1979, after various ups and downs and collective movements, including a near total abstention from voting in 1956, which made it autonomous from the city-council of Siracusa. 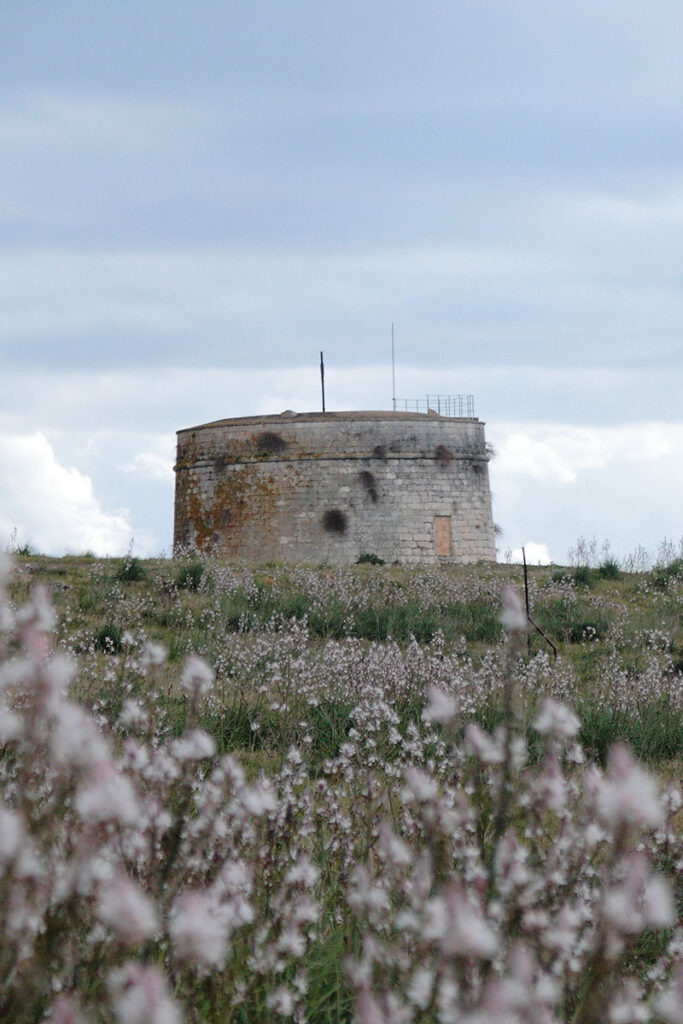 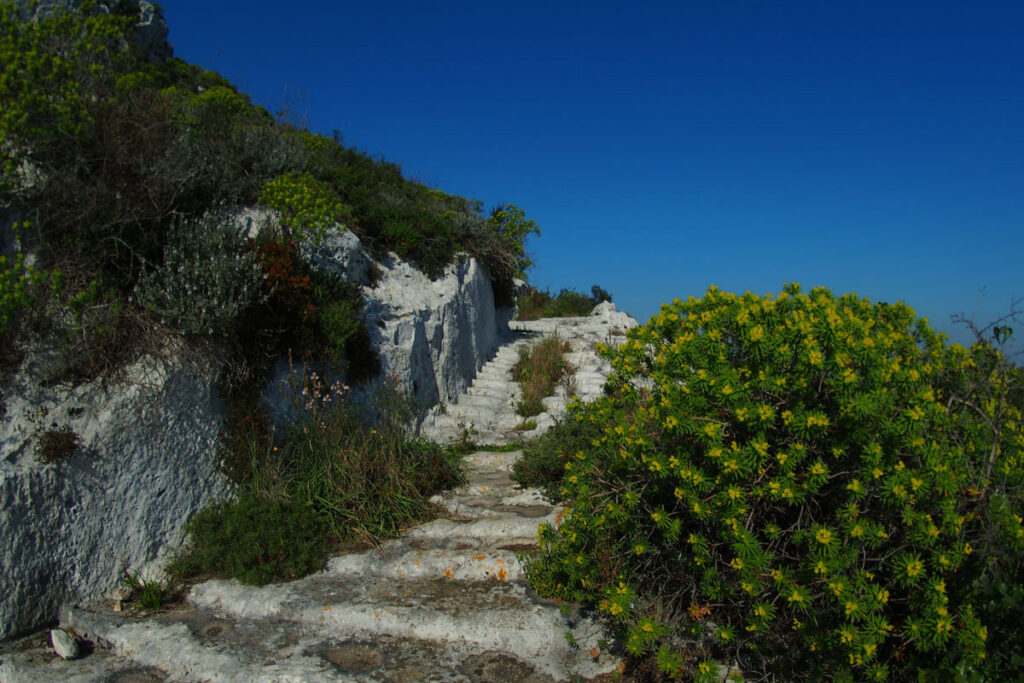 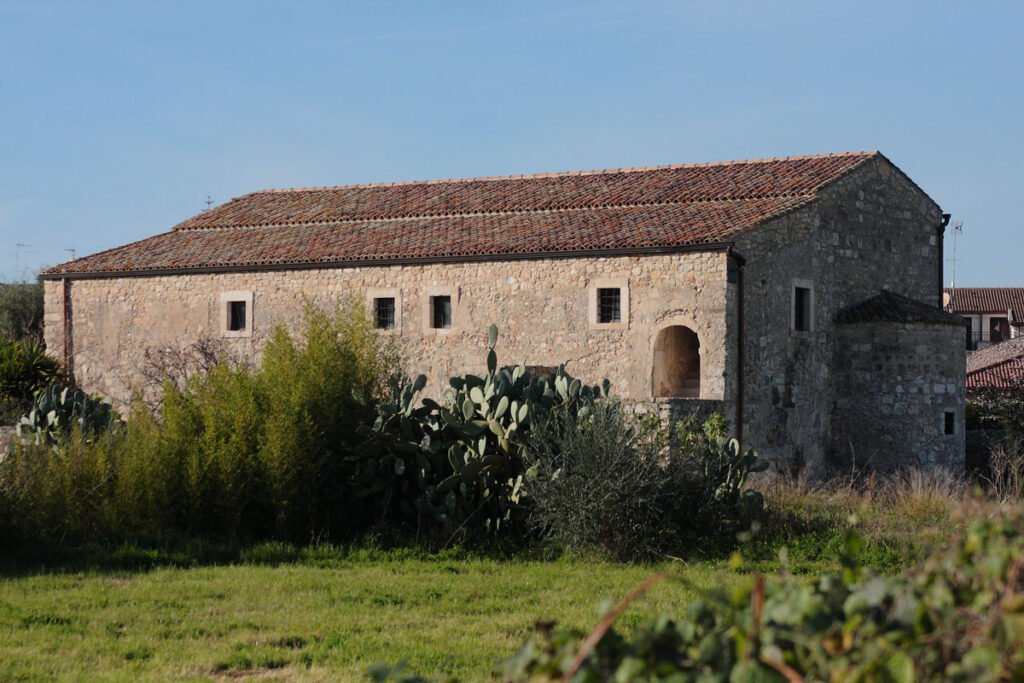 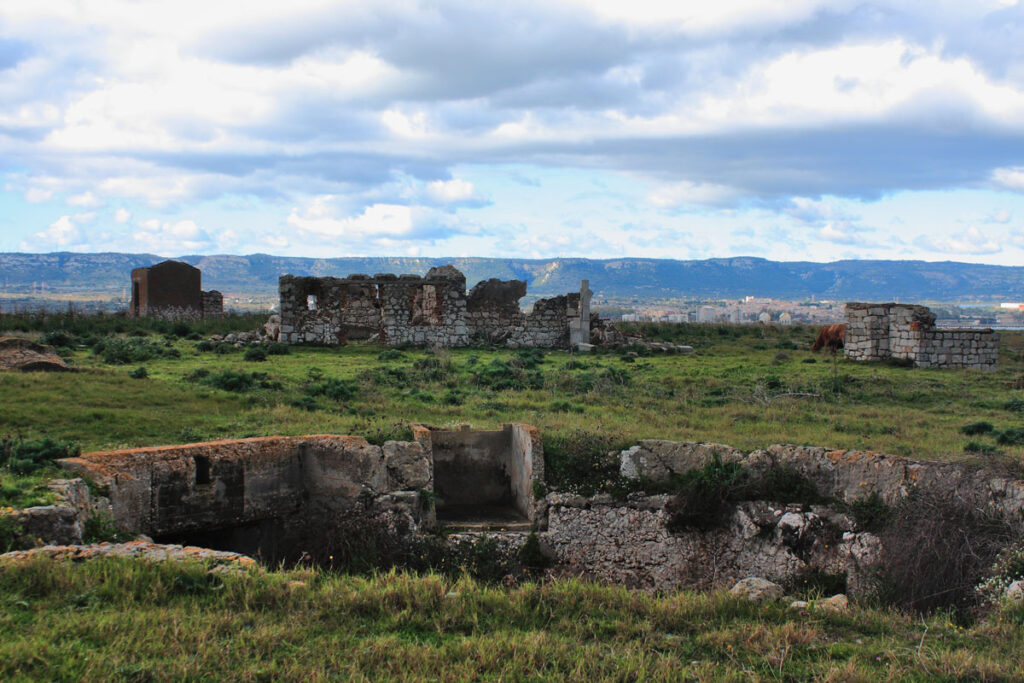 At a local level the town of Priolo Gargallo offers natural, historical and architectural elements which, with the exception of the industrial area, make this territory interesting to explore and discover.

The area is home to many important historical/archaeological sites, such as Thapsos, the Catacombs of Manomozza, the necropolises from the Castelluccio period, the Monument of Marcello, the Basilica of San Foca, etc.

On the naturalistic side, it also hosts two Sites of Community Importance (network Natura 2000): Saline di Priolo ” and “Monti Climiti”.

These are two different realities but both are filled with biodiversity: the first protects a wetlands area important to the migratory birdlife; the second is a limestone plateau filled with numerous “canyons”, “guardians” of the woodland heritage. 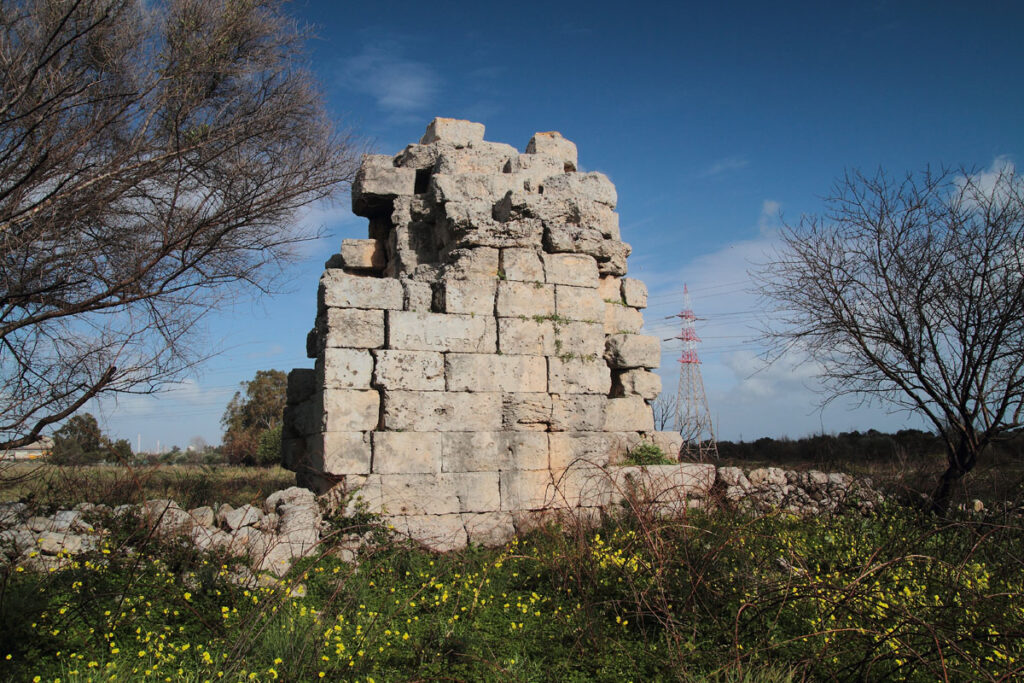 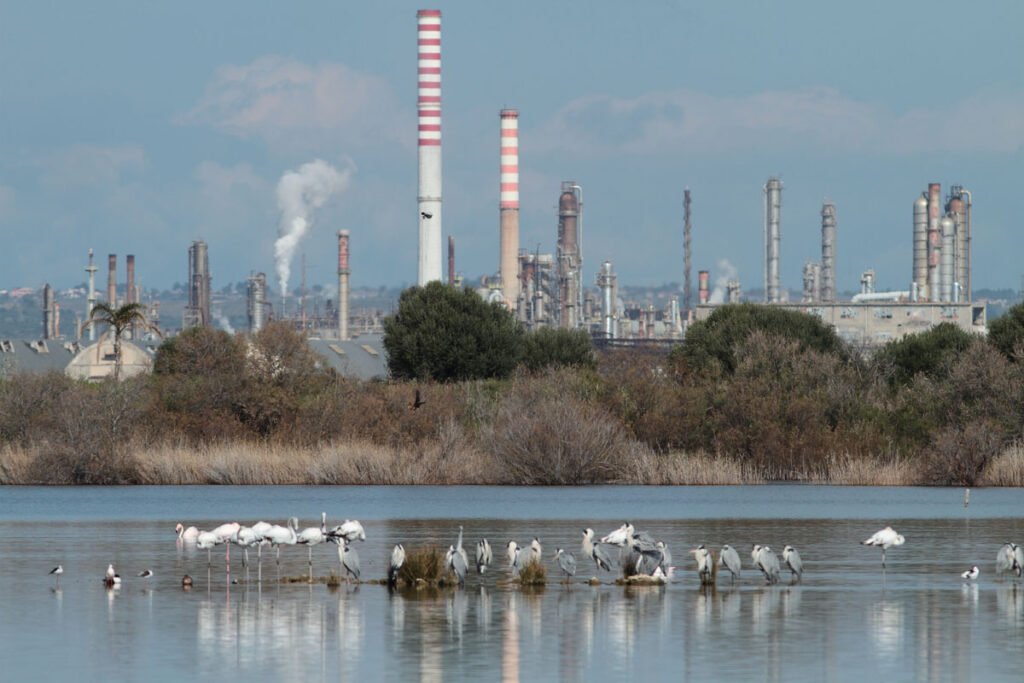 The history of the Priolo Saltflats (Saline di Priolo) (known in ancient times as Magnisi after the nearby peninsula) is the history of a shallow basin which communicates with the sea and owes its fortune to the favourable climate conditions of the surrounding area. It’s thanks to the low amount of rainfall and the constant sunshine that this area of about 80 Ha has been a salt production hub since the time of the ancient Greek colonies. Furthermore, the production of salt often goes hand in hand with tuna processing, in which salt is necessary for its conservation. In fact the Magnisi saltflats aren’t too far away from the tuna-fishing station or Tonnara of Santa Panagia, which was highly beneficial for production. 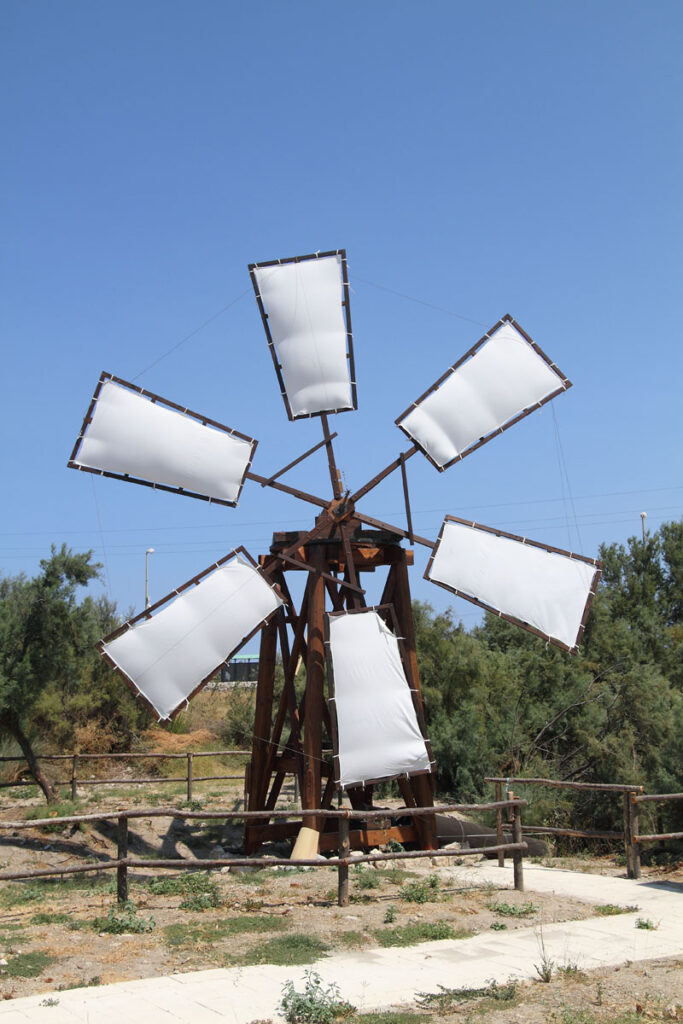 Salt production is documented as early as the 1200s, period in which the product was one of the most exported goods, especially to be used in food preservation. The commerce of salt was always intertwined with the various dominations over the island. In the second half of the 1500s, the salt flats were owned entirely by the Moncada family: during these years the fortunes and commerce of salt followed those of the Spanish family. An increase in foreign demand and the following establishment of new tuna-fishing stations “tonnare” meant production of salt also increased. By the end of the 1500s, the fortunes of the barons turned and their possessions (including the salt flats) were taken over by the “Deputazione degli Stati” which was tasked with extinguishing all the family’s debt.

During the 1600s the Thirty-years War caused many problems to salt production and exports diminished. The positive economic development of the fishing industry helped to restart the trade. But fate seemed to hold ever-changing fortunes for the saltflats, as the 1674 Messina revolt damaged production once again. This would have easily been overcome if not for the 1693 earthquake which caused “apocalyptic destruction”, as reported by survivors.

Despite reconstruction being fast and collective, the people of Melilli had to give up their usual commercial trades, limiting their economic possibilities.

Once commerce began again, the unstable situation was worsened by the War of Succession which began after Charles II’s death. From 1720, Charles VI, Emperor of Austria, ensured his domination over Sicily and began to requalify commerce, including the ports of Sicily in some of the most important commercial routes and consolidating trade with Trieste.

In 1734, with Sicily passing to the Bourbons, the island became the centre of an intense trade with the harbours on the Adriatic Sea and the countries of northern Europe which used large quantities of salt for the preservation of cod. The increase in salt production is seen in the texts left by the historian Landolina: “The salt flats which expand everyday make the salt commerce increase.”

Salt commerce with the rest of Europe dried up at the beginning of the 1800s because of a continental ban by the French. However trade with England increased as it had already filled the island with its products.

Sicily soon saw a rapid increase in commerce which allowed it to grow like never before. With the royal family returning to Naples, foreign trade resumed which gave birth to a rich class of merchants and businessmen.

In 1860 exports continued to grow and through all of the 1900s, thanks to the birth of the railway system which facilitated the handling, it increased to a level which would only be matched in the second half of the 1900s

Although the 20th century seemed to be the most productive period ever for the salt industry, after the 1960s a crisis started which continued up to the industrialization of the area and the consequent abandoning of the saltflats. During the second half of the 1900s the Saline Magnisi became property of the town of Priolo and were an important source of labour for the people. These were the years of great industrial development: initially the industrialisation did not affect the salt production, and the only sign of its presence was the pipeline built in 1956, which crossed the Magnisi peninsula. But at the start of the 1970s the area of the saltflats began to shrink with the building of the Enel plants and the consortium water-works. It is only thanks to a growing interest in preserving the wetland areas, which can be traced to the beginning of the 1980s, that the area will be judged worthy of attention and destined for a naturalistic project for public use. The idea of an “oasis amongst the smokestacks” will have to wait many years before becoming reality.

In 1985, the LIPU asked the Regione Siciliana to add the area of the saltflats to the nature reserves which were to be included in the regional project “Piano Regionale dei Parchi e delle Riserve”. With the approval of the plan, the first step towards the establishment of the reserve was made, but the journey was long, and completed only in December 2000.

It is thanks to the birth of a new kind of politics which respects the environment, that the area once used for salt production will not be obscured by large industrial monsters which would have caused the deterioration of a territory which now is a great environmental jewel.